Warning: Use of undefined constant flase - assumed 'flase' (this will throw an Error in a future version of PHP) in /home/customer/www/stylincases.com/public_html/wp-config.php on line 84

Deprecated: Function create_function() is deprecated in /home/customer/www/stylincases.com/public_html/wp-content/plugins/essential-grid/essential-grid.php on line 97

Can Spain still make a comeback?

Coming up today at 3pm EST, Spain takes on Chile for the make or break game.  As a defending champion Spain has a lot riding on today’s game.  Their lost to Netherlands 5-1 and the underdog Chile a 3-1 win against Australia has created an uncertainty for the games.

If history were to repeat itself, Chile hasn’t won against Spain in 10 games.  Spain’s coach has mentioned that he may be looking into some changes for this match, but it’s just a matter of what changes will be beneficial to Spain maintain in contention.

On the other hand, Netherlands is on full power mode to win today’s game at 12:00pm EST against Australia.  Their strategic game place of 5-3-2 formation worked against Spain; however, the team is moving towards a more traditional approach of 4-3-3 for today’s game.  Will this work in their favor or should they stick to the same game plan as they had against Spain.

Love Football as much as we do?  Follow us on Google Plus, Twitter and Facebook for the most up to date information on game scores, players, interesting information and videos for the WorldCup 2014.

The games only last for 1 month, why not make the most of it and promote and support your team by designing a cool custom case for your phone and tablet. When your team win, you’ll have a great case to showcase the great FIFA WorldCup games.

Did you know that the FIFA WorldCup games have been going on since 1930 (excluding 1942 and 1946 due to World War II).  The first games where played by France vs Mexico and USA vs Belgium.  Hosted in Uruguay, it was only a matter of time until Uruguay won the WorldCup. Last year the WorldCup was held in South Africa for the first time ever and Spain took home the title against Netherlands.  The 2018 games are scheduled for Russia and the 2022 games are set to be in Qatar. 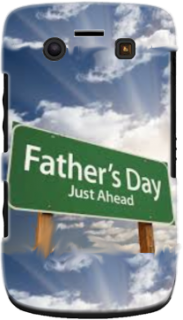 Product added to the cart. You can review your cart here